Use the charger to charge the battery before using it for the first time. A computer can be also used to charge the device by connecting them via the USB cable.

Charging with the charger

Connecting the charger improperly may cause serious damage to the device. Any damage caused by misuse is not covered by the warranty.

After fully charging, disconnect the device from the charger. First unplug the charger from the device, and then unplug it from the electric socket.

Do not remove the battery before removing the charger. This may damage the device. 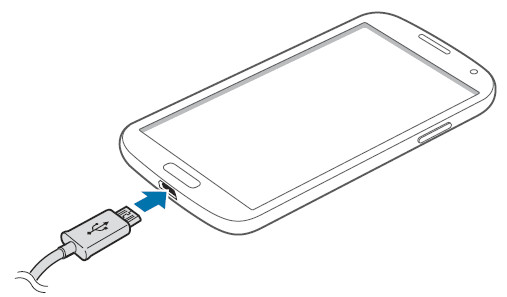 When you charge the battery while the device is off, the following icons will show the current battery charge status: 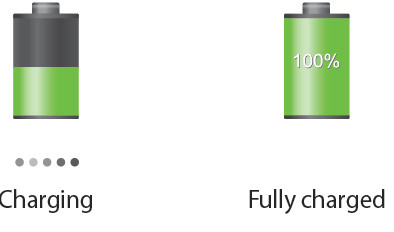 Your device provides options that help you save battery power. By customising these options and deactivating features in the background, you can use the device longer between charges: